You are here: Home / The Build / Beam me up Scotty.

Beam me up Scotty. 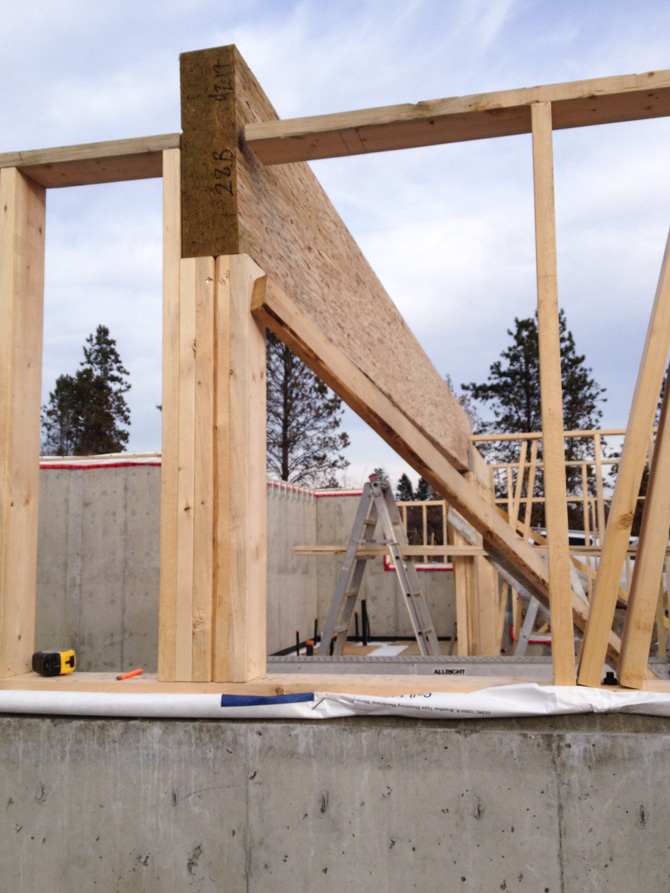 Check out this bad boy. Amazingly, it took only 4 of us to drag this beam (from the furthest spot in the woodpile of course) and get it up into the metal brace. White Snake was quoted as it slid in. Afterwards, it was the Bangles Walk Like an Egyptian (slave).

Later, I will sand and stain this beam. It will hang about 2 feet down into this basement living space. Should look awesome. Wish a solid doug fir beam was available at this size and wouldn’t cost me my soul. Regardless, it’ll still look cool. 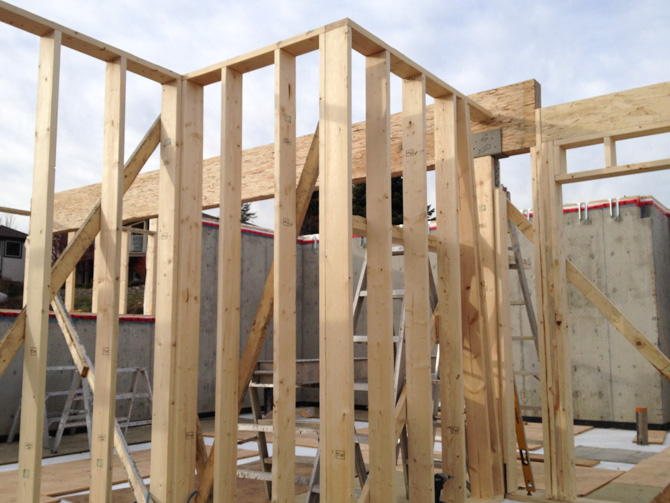 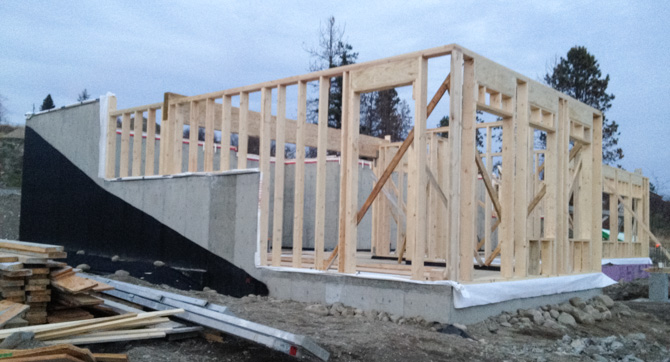 The beam in its’ rightful place.

The beam, now with joist hangars. The ceiling will be just under the hangars, so it’ll be a good chunk of parallam jutting down.

Framed and ready for some joisting. Let’s get medieval on its’ ass.