You are here: Home / The Build / Windahs

The deck is so yesterday. How about these windows?! 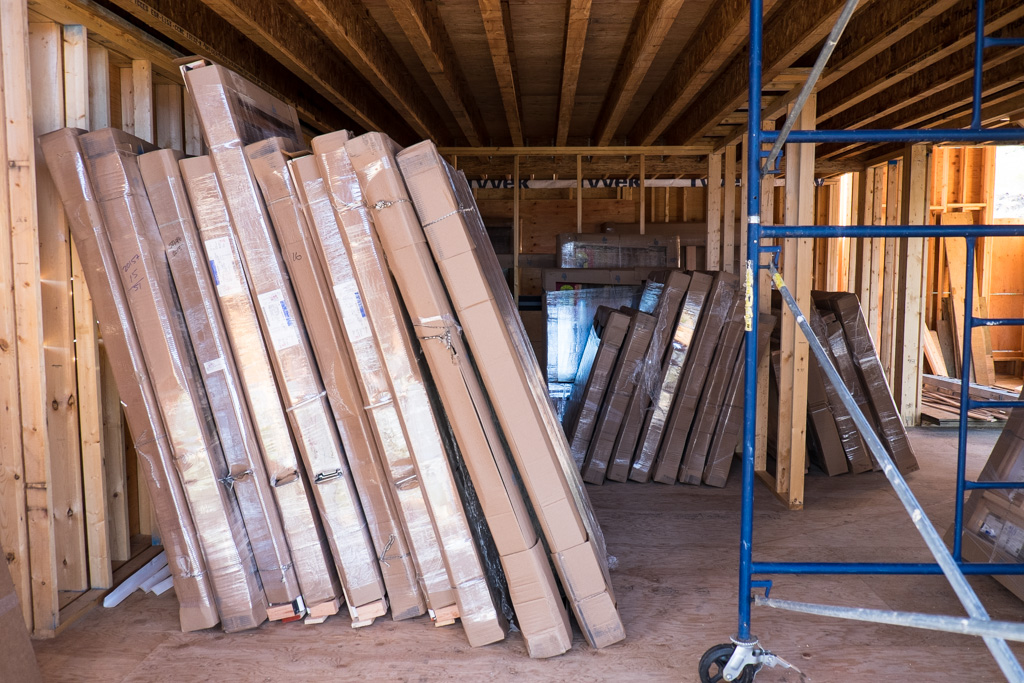 Aren’t they beautiful. They arrived from California. That monster kitchen one at the front is going to be a behemoth to put in. 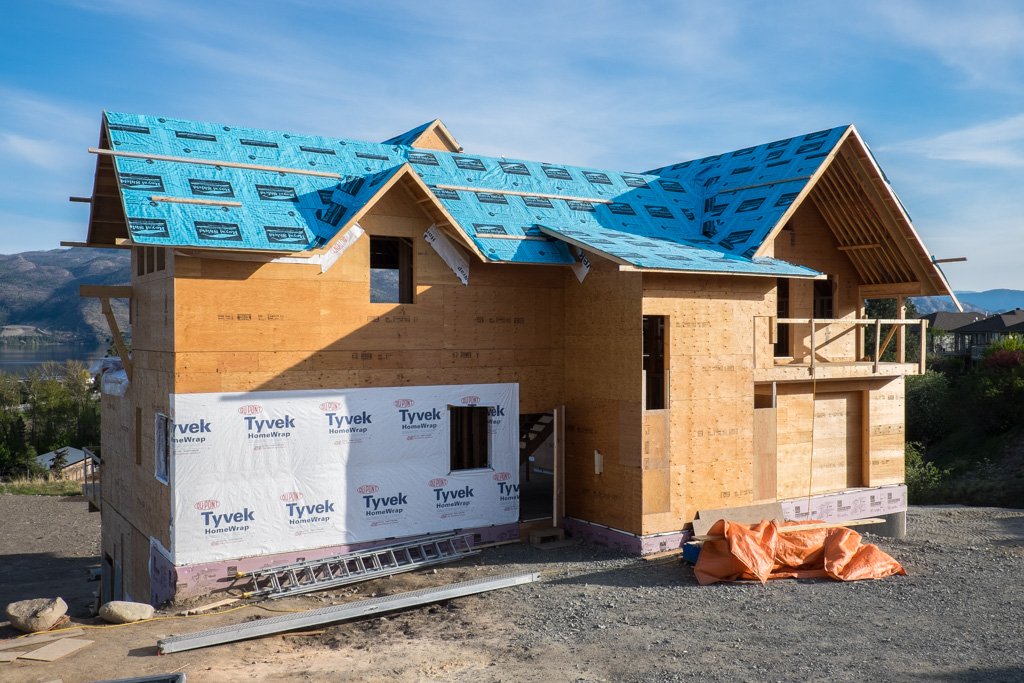 House wrap. Not House Rap. I’ll spare you a lame joke and attempt at some house gangsta rap.

Too bad the Cove is in the view here. 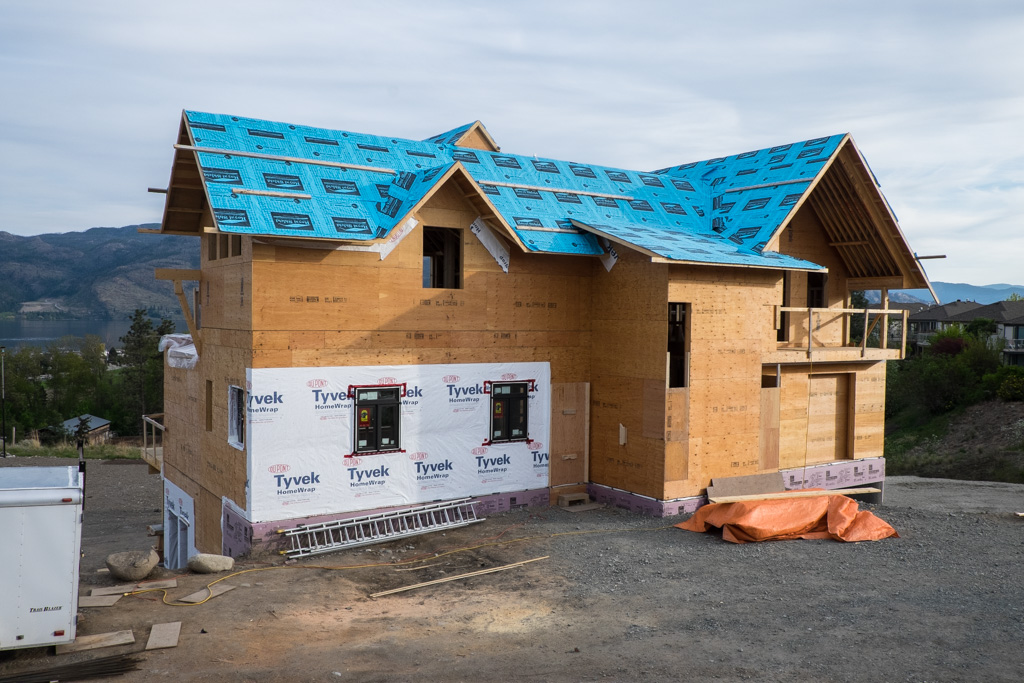 What are those? Yes, windows are going in. 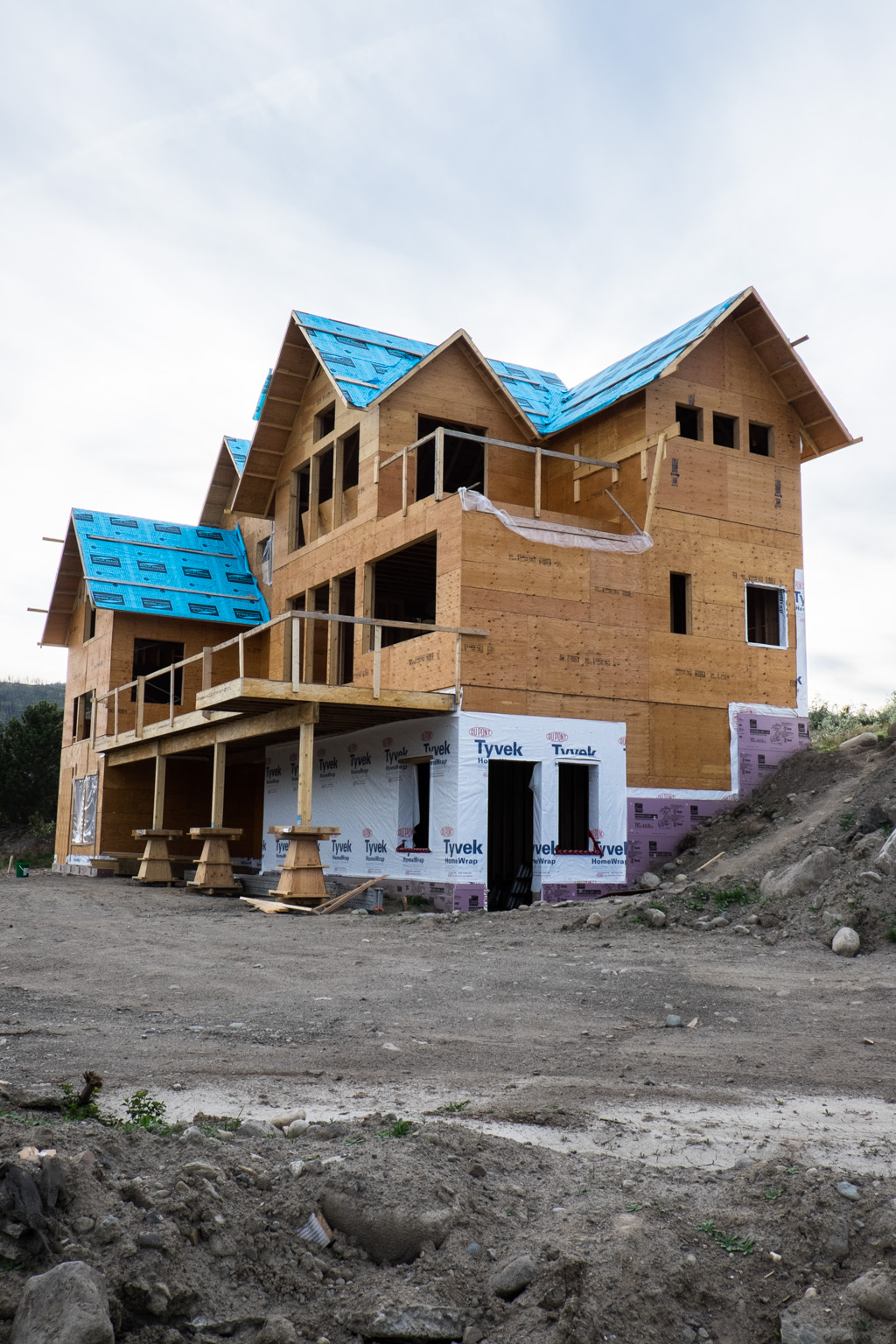 Prepping Rosanne’s studio for the windows. It’s amazing what has to be done to seal a house up for windows. Lots of house wrap, tape and blue skin. 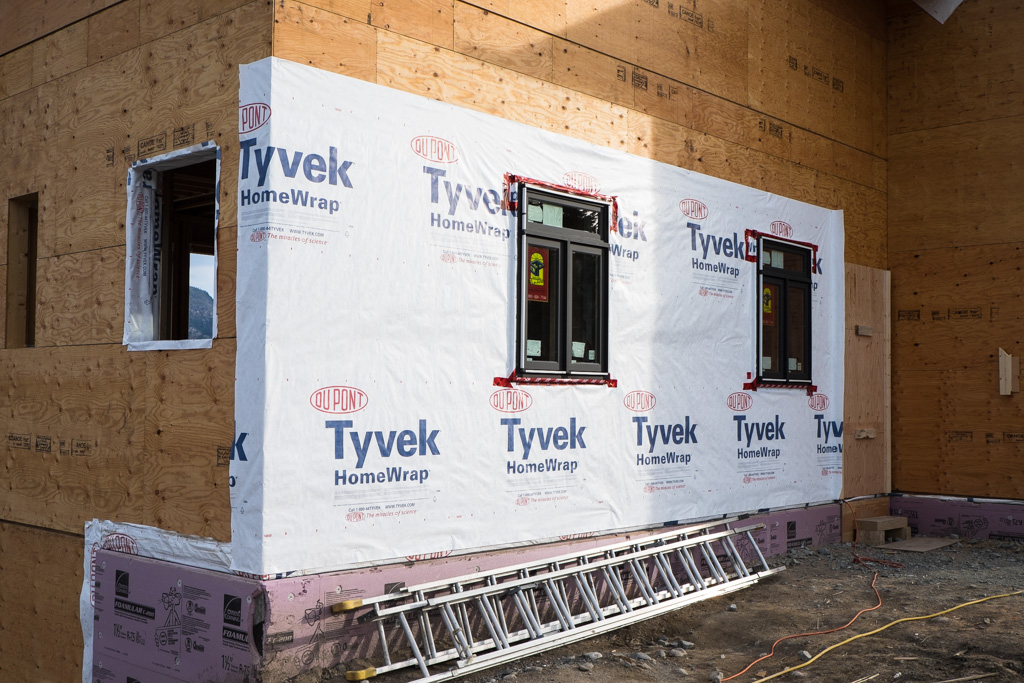 Previous Entry: Deck the House With . . .
Next Entry: The Complete Vista